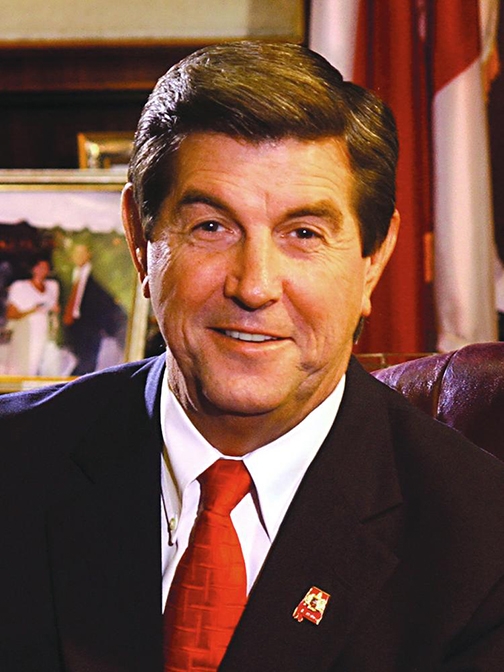 Riley, who served as governor from 2003 to 2011 and three terms in Congress representing Alabama’s Third District, was a successful businessman long before entering the political arena.

The Ashland, Alabama, native once operated a poultry business and eventually owned a trucking company, an automobile dealership, and became a real estate developer.

Riley carried business proficiencies with him into politics, helping Alabama score one of the largest private economic development projects in the nation in 2007 when ThyssenKrupp Steel broke ground on a multi-million dollar steel manufacturing plant near Mobile.

Under Riley’s administration, Alabama was recognized as “State of the Year” by Southern Business and Development magazine four consecutive years for job growth and economic development.

Riley is the third speaker in Harbert College’s Lessons on Leadership series, which included former White House Chief of Staff Andrew Card in 2018, and retired U.S. Army Gen. Barry McCaffrey, who served as Director of the Office of National Drug Control Policy from 1996-2001, in 2017.

The event is free and open to the public.