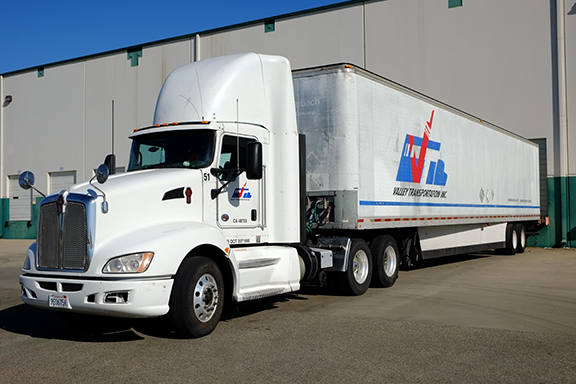 Once transported from Point A to Point B, how does the cargo get from the airports, railyards and shipyards to the intended customers? In trucks.

Trucks carry 70 percent of the nation’s freight, according to American Trucking Association Economist Bob Costello. However, the industry’s growing driver shortage approached 50,000 last fall, according to the American Trucking Association. The ATA predicts the shortage could balloon to nearly 175,000 by 2024. No wonder – the average age of a truck driver in America is 57.

If fewer drivers are available to transport the goods that stock our grocery shelves, parts that keep our automobiles performing, or clothes to keep our malls in booming at Christmas, what happens next?

“If something isn’t done, we’re talking about a huge impact on the quality of life for the average American,” feared Stephen Swartz, associate professor of Supply Chain Management at the Harbert College of Business, whose research specializes in transportation safety and human behavior. “If things do not change in 10 years we will not have large discount retailers like Wal-Mart anymore. Why have a big, empty building? Big box retail would go away. The cost of goods sold on the shelf could go up 20 to 30 percent simply because they were unable to deliver them. Foods will be rotting in the fields. Some people could go hungry because there are no trucks.

“Big rigs are basically the glue that holds the entire supply chain together. Without that glue, the whole system falls apart. Everything in this room, everything that you are wearing was in a truck at some point with a driver delivering it. That’s how important it is to modern industrialized economies.”

The turnover rate among major carriers was 87 percent in 2015. Swartz surveyed roughly 600 truck drivers who left four different freight companies and asked, “Why did you leave your last company?” Pay and benefits, while not satisfactory, did not make the list.

“Everybody is paying the same,” Swartz reported. “What the truckers care about is, ‘I’m going to get my butt killed out there’ or ‘I’m going to kill somebody because of the way they (companies) are flogging me.’”

Truckers reported that carriers expect freight to be delivered from Point A to Point B in ‘X’ amount of time regardless of the time and distance – without breaking the speed limit – against increasing traffic on highways designed for less traffic decades ago.

More than 3,000 motorists died in large truck crashes in 2010, according to the Insurance Institute for Highway Safety. “So Congress had to ‘do something,’” Swartz said. “They started putting pressure on the Federal Motor Carrier Safety Administration (FMCSA), the people who set the rules.” What did they ‘do?’

The FMCSA instituted revised and tightened Hours of Service regulations, beginning in December of 2011, that govern drivers’ working hours, designed to keep drivers awake and aware. Drivers are limited to the amount of time they can be on duty in a one-day period and enforce specific sleep hours.

Swartz calls the new version of the regulations “confusing” and “frustrating” for drivers. “A lot of time that a driver spends working, they are standing around waiting for somebody to unload and load the truck,” Swartz said. “That’s charged against their ‘no more than 14 hours a day’ rule on the road. They ‘work’ three days in a row for 14 hours and are required to take a stand-down for 26 hours. What a lot of people don’t realize is truck drivers now have fewer available duty hours than airline pilots.

“The Administration decided that if a driver was tired then ‘let’s begin requiring certain rest periods. They ignored the most credible research on circadian rhythm. Why? Because they were required to ‘do something.’ So they came up with new rules.”

Those rules reduced the amount of time drivers could drive at night, an idea Swartz reputes, noting highways are far less congested at night.

“The problem with big trucks and little cars is not that either one is inherently unsafe. It’s when you put them on the road together,” he said. “We have inherent infrastructure issues as highways deteriorate. Add big, heavy trucks and small, nimble cars … it makes for a toxic mix.”

What about drivers who prefer to sleep in the daytime? “Now you’ve kept him up when he’s supposed to be sleeping,” Swartz warned. “He’s already fatigued. He’s supposed to work only 14 hours per day. But because of the congestion on the highway, he’s operating at about two hours beyond that. He’s already gone through two construction zones. Now he’s rising to the crest of a hill, half asleep, overloaded and there are three lanes going down to two outside of Atlanta. What do you think is going to happen? Carnage.

“Bless the hearts of the men and women in Washington. They think they’re doing the right thing but they’re making it worse.” Since the 2011 regulations, highway fatalities involving large trucks remained between 3,000 and 4,000.

Drivers were also irritated by regulations that use GPS tracking devices on their rigs, electronic log books they must complete. “You’re pulling these guys in 50 different directions,” Swartz said. “They get sick of it and want to leave the industry. They are away from their families for weeks at a time. It’s a crappy lifestyle, and the pay has not kept up with the workload."

What can be done?

Lauren Porter, a senior in Supply Chain Management, suggested that third party research-driven program be used to hone in on what drivers want. “Companies can use those insights to make drivers feel valued and give drivers the tools to be successful. The goal is to make the trucking industry as attractive as possible to current and potential drivers.”

Porter suggested that fleets who use programs such as Stay Metrics and Workhound boast higher retention rates. “Trucking companies are able to use their resources more efficiently toward serving customers, while using third parties’ expertise. For example, Stay Metrics has a rewards program that uses quizzes to disperse company information. The firm also facilitates surveys and exit interviews that enable the drivers to give honest feedback.”

Swartz discussed other measures. “What the solution?” he asked. “Pay and benefits? That’s not working. Pay and benefits are commoditized. A company raises pay by a nickel, and another company raises pay by a nickel. How can you attract people into the industry? They can make more money roofing. People say, ‘Companies are going to have to pay more.’ OK, but that’s not why drivers are leaving the industry.”

Other measures that could offset the issue, but come with new sets of problems, Swartz noted, included larger trailers, commercial carriage, Uber for trucking, or futuristic autonomous vehicles.

Elizabeth Reidenbach, who minored in Supply Chain Management, believes the industry could look to military veterans. “Many of these individuals are just the type needed for trucking,” she said. “They are accustomed to being self-sufficient, working alone in all conditions, and traveling light. Many are unsure of what to do once they become civilians again. Trucking can be the answer.”

Reidenbach noted that several companies assist with this transition, including CDP School’s Troops Into Transportation. “They help military veterans with their training, certification testing and job placement,” she said.

“I am confident that eventually this problem will be solved,” Swartz added. “There is no easy answer. It’s got to be a combination of politics and economics and cultural issues that conspired to create this perfect storm. It’s not going to be unmade overnight.”