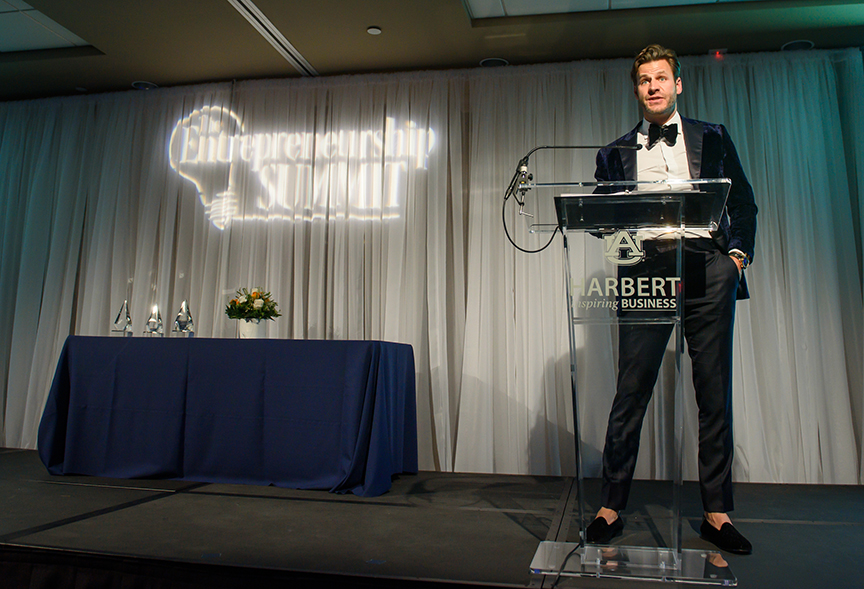 After all, these traits defined his character and helped mold Capps into one of the most successful businessmen in the nation. Capps is co-founder and co-CEO of Atlanta-based RESICAP – a leader in the construction industry.

Capps, who earned his undergraduate in business administration in 2006 from Harbert College, was recognized as Auburn University’s Entrepreneur of the Year at a special ceremony on Thursday, March 28. 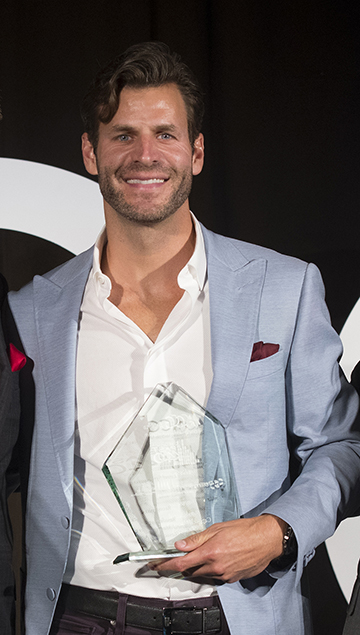 “You must concentrate on your strengths,” he told guests at the gala. “I feel like growing up we got this all wrong. You go to school. You receive your report card. You find the class you have the lowest grade in – then you devote the majority of your attention to improving that while ignoring what you are naturally good at. Looking back, I wasted so much time stressing and focusing on that when I could have been refining my talents. Stay focused on your strengths so you can become best in class versus working on your weaknesses to only become average.”

RESICAP is anything but average. Founded in 2009, RESICAP has acquired more than 12,000 properties, renovated more than 17,000 homes and completed more than 300,000 work orders.

“Our services have a positive impact on all of the communities and neighborhoods we serve,” Capps, who was named Entrepreneur of the Year in 2018 by EY for Construction and Real Estate in the Southeast Market, added. “Not only are we increasing the value of the individual homes we work on, but the entire neighborhood and community as well. It’s fulfilling to know that our services have that kind of impact.

Where did Capps get the idea? “We recognized that there was going to be a tremendous need to rehabilitate the millions of distressed homes and neighborhoods throughout the country that were a product of the recession and the predatory lending practice that had been occurring,” he said.

Since its founding, RESICAP has grown into 34 states and 59 metro areas. “Being an entrepreneur has so much to do with your willingness to pursue an opportunity even if you are not fully prepared,” he added. “If you wait until you know everything, you won’t do anything. A couple of years ago, my company discovered an enormous industry that could utilize our services. We were in no way prepared for the challenge this opportunity would bring, but we went after it anyways. Instead of easing into it, we went straight for the largest players in the space – thinking we would almost certainly get shot down. Well, we weren’t shot down and that opportunity has since turned into a $1 billion revenue stream.”

Capps noted that raising capital or closing on a funding round is great, “But that’s really when the real work begins,” he added. “Fully immerse yourself in your business and don’t let anybody work harder than you.”