Clay McInnis had a vision to create biodiesel fuel from used cooking oil. It was 2009 and fuel prices were skyrocketing toward $4 per gallon, so an alternative product made sense. From that, SouthernEco, LLC was born.

“I partnered with a biodiesel company out of California (Springboard), became a distributor for Springboard equipment for the state of Alabama and started making biodiesel for around $1 a gallon -- which at the time was great,” he said.

Except it wasn’t. Instead of making money, the young entrepreneur and 2009 Harbert College graduate was losing it. McInnis expected companies to combat high fuel prices by investing in his equipment and product. They didn’t. 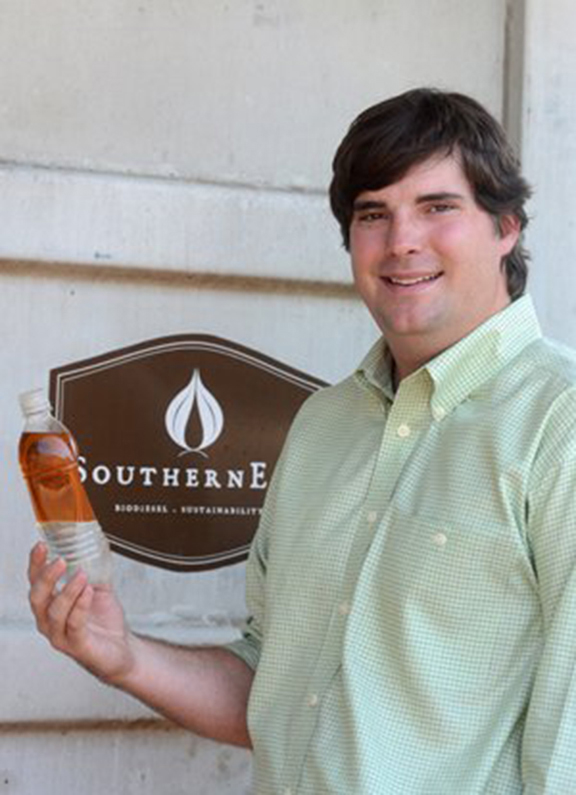 “What I didn't understand was just how little companies wanted to spend on anything -- especially some equipment that turned used cooking oil into biodiesel even if you could save $3 per gallon,” he said. “I was stepping over dollars to chase pennies. I was in the creek with my head down getting washed away by the river when I really needed to be building a bridge, staying on top of that looking down to assess more situations and more opportunities so I can seize business opportunities. Sometimes part of success is just knowing when to stop doing something that isn’t working.”

McInnis said that there is a fine line between quitting and going in a different direction.

“I came to the point where I needed to pivot my career, or else I was digging myself a bigger hole to fill,” he added. “That’s a knack that can’t be taught in school or anywhere else.”

Today, SouthernEco is closed, but McInnis took lessons learned from his first business venture out of college and is not only executive director of the Angel Investment Group/Montgomery, but is also president of the Montgomery Downtown Business Association.

It’s much better to fail fast than to fail slow – a long, painful downward spiral. “That’s not what an entrepreneur wants,” McInnis said.

McInnis considers failure “the road map to success.” What did one learn from this failure? What can be done differently so the same mistakes don’t happen again? “Instead of crawling in a hole, you’ve got to get on top of the bridge so you can see the whole picture,” he said.

“Clay has an insatiable desire to learn,” said Ketchen, once McInnis’ entrepreneurship professor. “His ability to leverage his own experiences and those of others is exceptional. He has a great sense of humor and does not take himself too seriously. If you have a good attitude toward life, recovering from failures is easier.”

McInnis believes the key to any business person’s success is how the individual reacts to the inevitable failure.

“There hasn’t been a successful entrepreneur that has ever existed that hasn’t experienced failure,” he said. “With failure being part of your unique story that will be told, there’s an integral part of where the change comes and the response from the failure. The period of time in which you fail and you respond from that failure is your make or break. The response to your first major failure is really important.  I kind of went through a mourning, feeling sorry for myself, mode. Then at some point you just have to get back up and start building something again. It’s like almost being in a car wreck. Your senses engage and then you look around to see if you are still alive.”

The value of failure lies in what a business learns and how it responds, Ketchen said, noting that there are two main types of learning:

“Single loop learning acts like a thermostat. When the temperature in a room becomes too high, a thermostat simply detects the discrepancy and triggers air conditioning to run until the right temperature is reached. The equivalent in business might be keeping your bar open an extra hour if you notice people lingering at closing time or adding a server at your restaurant if patrons are waiting too long for their food.

“Double loop learning is where the learning process gets interesting. This involves questioning your values and assumptions in order to come up with a greater understanding of complex problems and then solving them.

“Research has found that failure is usually needed to launch a double loop learning process. If my business is going well, I might ask a few hard questions, but I am more likely to just tweak things here and there. But when the business hits hard times, then I’m forced to really dig deep in order to fix my fundamental problems. So failure leads to monumental insights and improvements that few very people can arrive at during success.”

Author Brene Brown wrote that failure is often associated with innovation and creativity. “That’s true,” McInnis said, “because avoiding failure is simply just status quo. Not that it’s wrong, but you can’t grow leaps and bounds without failure.”

Today’s economy has shifted from the farms and factories to technological devices, opening the doors to new opportunities, failures and successes.

“What we have is an economy that is changing rapidly that’s patch-worked together by risk-takers and entrepreneurs that see opportunity,” McInnis said. “If our generation – millennials -- can embrace failure appropriately and know that storms are going to come our way and how to brace for these storms, that’s how they’re going to be successful.

“Failing doesn’t mean that you’re a failure. Failing at a business is only a blip on your entrepreneurship journey. It’s a battle scar.”