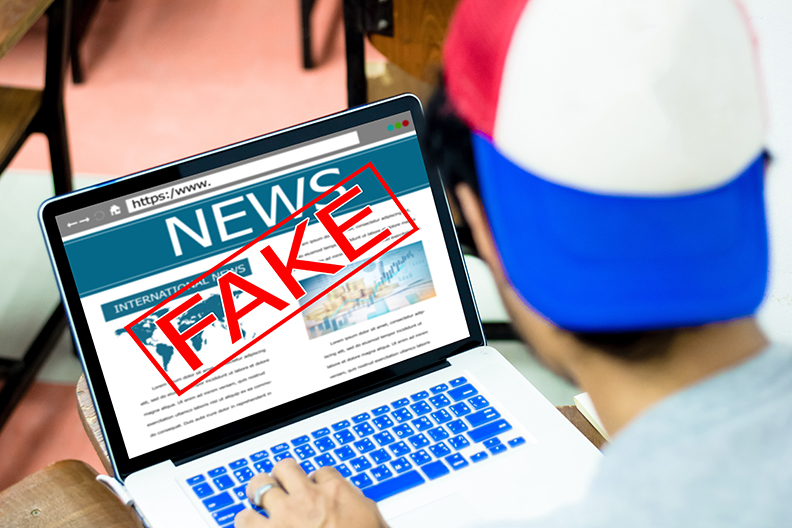 You’ve heard the term expressed by politicians and you’ve seen examples of it on social media and popular press in the form of memes promoting conspiracy theories or stories announcing the death of a celebrity.

Social media channels have attempted to launch offensives against individuals and bots pushing deliberate misinformation or hoaxes into the public sphere. While politicians are paying attention to the possibility of “fake news” campaigns swaying elections, there is also ample evidence of it moving markets.

Recently, Down Jones Newswire headline posted an erroneous headline suggesting Google planned to buy Apple for $9 billion. It was quickly deleted, but Apple’s stock price made a minor jump during that brief moment. The reason? According to JPMorgan Chase, just 10 percent of daily stock trades are performed by humans. Trades are controlled by computer algorithms, which scan Twitter feeds and news headlines for tidbits. For all of that impressive artificial intelligence on display, the computer may make a decision based on false information. 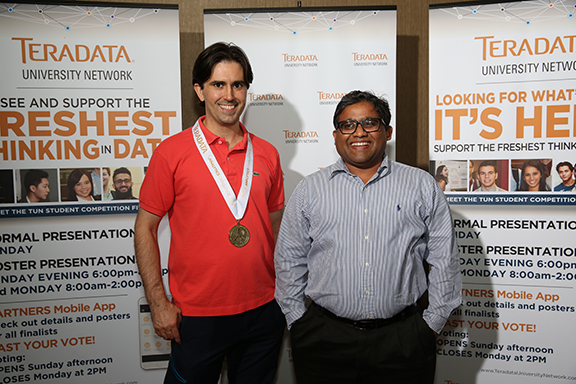 A doctoral student in business analytics at Auburn University’s Raymond J. Harbert College of Business is part of a large research team led by Ashish Gupta, Associate Professor of Analytics in the Department of Systems and Technology, presented the algorithm that separates truth from trash. Ross Gruetzemacher presented the team’s research in the final round of the Teradata University Network Analytics Challenge at the Teradata PARTNERS Conference Oct. 22-23 in Anaheim, Calif.

Doctoral student Chaowei Zhang, Gruetzemacher, Professor of Computer Science Dr. Xiao Qin, and graduate student Sai Rohan Kumar, are working with Gupta on a larger research initiative and have developed an algorithm to detect fake news. Though the team’s research did not win at Teradata, it faced stiff competition from participants representing California State-Fullerton, Loyola-Chicago, University of Alabama, University of Massachusetts, and the National Institute Development Administration in Thailand.

Gupta said that more teams will be prepared from the Department of Systems and Technology to participate in future data analytics competitions.

The Teradata competition was also an opportunity for Gruetzemacher to gain feedback from judges and other researchers. “We had some really good feedback about reporting our results. Our model was well-received. We were given some good input about how to improve our presentation of the model for future presentations or publications in journals.”

The research team has generated topic clusters from real and fake news and use it to classify news stories as either real or fake.

“Specifically, the study of fake news is significant to ensure the integrity of political and civil discourse in this country and throughout the world,” Gruetzemacher added. “It’s significant to provide everyone with true information and to not confuse people with the dissemination of fake news as, or portrayed as, a legitimate news article.”

Gupta said his efforts are focused on developing projects that have high impact, societal and scientific value from an analytics perspective. “This project fits into that category,” he said. “We have initial results and feedback from the Teradata meeting. This is an ongoing project and we are actively working on adding more components to this project here at the Harbert College of Business.”

"What is notable about Dr. Gupta’s team’s work is the advanced approach being taken to discern fake news content from accurate news," said David Paradice, Harbert Eminent Scholar and Systems and Technology Department Chair. "They are creating a sophisticated model that incorporates a range of measures drawn from theory. The theoretical basis is what gives the approach its robustness and explains why the performance gets better over time as the team works with more data."