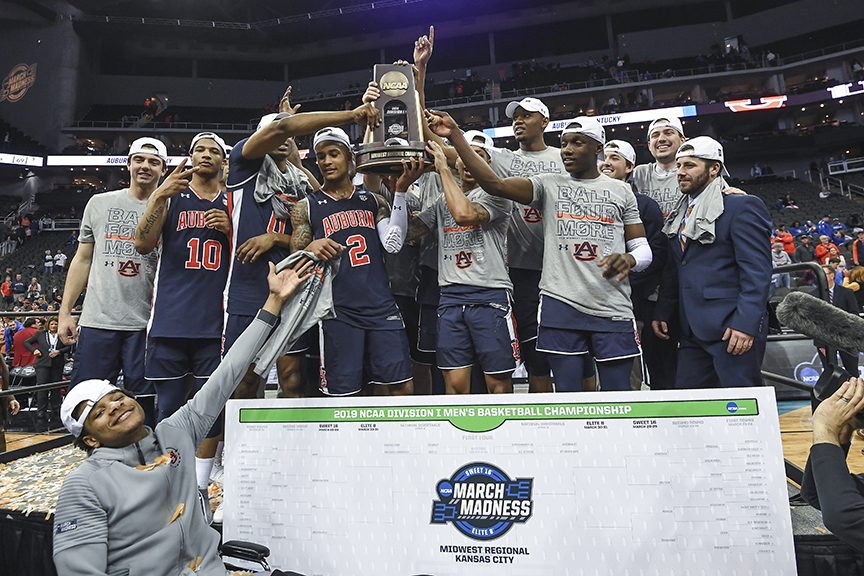 Auburn’s first appearance in the NCAA Basketball Men’s Final Four is likely to generate tremendous benefits for Auburn University that go far beyond success on the court. If history is any indication, those benefits could reach far and wide. We sat down with Dr. Linda Ferrell, Chair and Professor of Marketing at Auburn’s Harbert College of Business as she took a look back on past “Cinderella” stories and what to expect this year.

HCOB:  This year’s Final Four features two teams with a history of success and two for whom this will be their first appearances – what does this mean in terms of their visibility, reputation and brand? 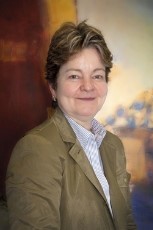 Dr. Ferrell: Auburn and Texas Tech University are likely to be the big winners in this year’s Final Four from a visibility and reputation-building perspective as neither team has achieved this level of success in men’s basketball. Both schools are getting a great deal of positive publicity related to being ‘underdogs’ in the tournament and proving their ability to compete against schools with a long tradition and heritage of basketball success.  The coverage has been non-stop across the country, from major television networks and cable news coverage to USA Today, the Wall Street Journal, the New York Times, Washington Post and all the way to local ABC, CBS, Fox and NBC affiliates – not to mention ESPN and Sports Illustrated.

This translates into measurable benefits on many levels. Colleges that, unexpectedly, advance in the NCAA tournament see the quantity and quality of applications rise, sale of licensed and logo merchandise go up dramatically, sponsorships increase, and individual and corporate donations expand. The same cannot be said for teams who are expected to advance – whether they get to the Final Four or fall short.

HCOB:  Is there any data to back this up?

Dr. Ferrell: Bloomberg analyzed application data for the teams that competed between 2010 and 2014 based on how far they advanced in the Tournament, and the evidence is compelling.1 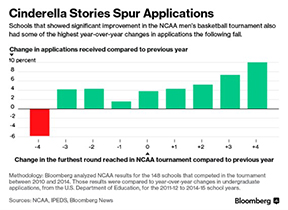 In short, the further a team progressed in the Tournament, the more their applications the following year increased.

Here is how the story plays out for the winners. The increase in student applications can be significant. In 2013, Florida Gulf Coast University saw an increase of 27.5 percent. A study published by Marketing Science in 2013 found that success in athletics has long term impact on the quantity and quality of applications, noting that the impact hits all types of students (regardless of their interest in the sport or athletics).2 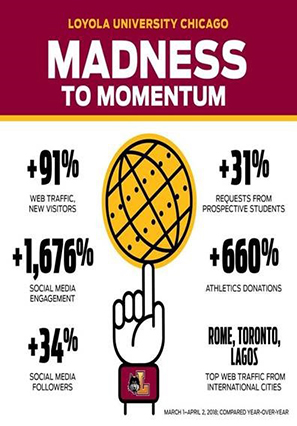 And if we take a look at one example from last year’s NCAA tournament, we see Loyola made it to the Elite Eight and noted the following impact on their college from based on a whole host of other measurements, such as web traffic, social media engagement and, importantly, increased donations:3

HCOB:  What accounts for this phenomenon – when did it start?

Dr. Ferrell: We all like to affiliate and be associated with “winners.” People want to work for companies of respected brands, and education is an intangible product that is made more tangible by athletic success and excellence that creates increased awareness and respect for the college.

The spike in interest in a college, based on the performance of an athletic program, is called the “Flutie Effect” -- noting the impact on Boston College when their quarterback, Doug Flutie, threw a ‘hail Mary’ pass to beat Miami in 1984.

HCOB:  What could this mean for Auburn beyond athletics?

Dr. Ferrell: Reaching the Final Four puts Auburn on the map in a new/different light –everybody knows Auburn football, but people across all spectrums are now looking at Auburn beyond football and saying “Wow, I didn’t know that about Auburn, maybe I need to take a closer look…”

As Coach Pearl mentioned in his press conference following Sunday's game, the term “Cinderella” doesn’t really apply to Auburn on campus – not even to sports beyond football.  Auburn is home to many national championship teams in other sports – people are just now recognizing that as a result of the spotlight being shined on our basketball program.

This translates into a much broader consideration of Auburn. That spotlight extends beyond athletics from a national reputation and branding perspective. Our University President, Dr. Stephen Leath, came here almost two years ago with a vision to elevate the visibility and reputation of Auburn on the national stage with respect to the tremendous scholarship, critical research and real-world business engagement we do at Auburn. The first step in any visibility campaign is to shine the light on what might not have been considered in the past – to get an organization, in our case a world class university, a seat at the table of consideration, to be included in the conversation.

Once that happens – as it is right now – all aspects of that organization have the opportunity to show what they bring to the table.  In our case, that’s a lot. I even saw an article today entitled “Famous non-sports alumni from the Final Four schools,” which in our case, includes Tim Cook from Apple, Wikipedia cofounder Jimmy Wales and Academy Award winner Octavia Spencer, to name a few.  And of course, we can’t forget NBA star and sports commentator Charles Barkley, who may be the most vibrant and visible example of Auburn excellence both on and off the court!