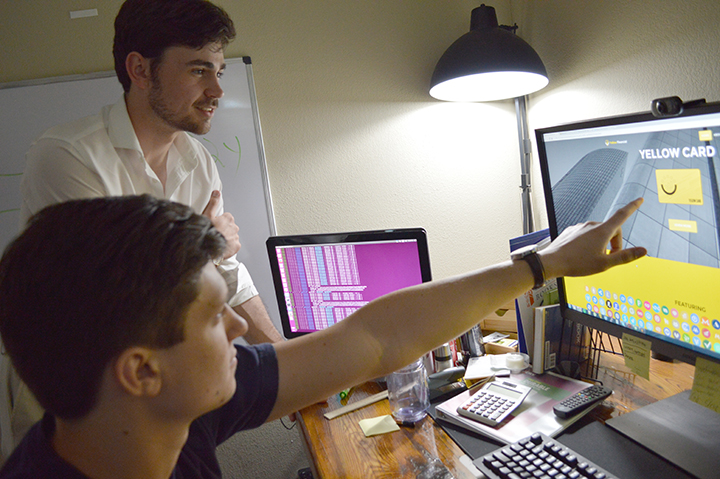 Chris Maurice began buying and selling sports memorabilia for a profit as a fifth-grader in New Orleans. Whether the item was a Ray Lewis-signed Super Bowl jersey or autographed footballs, his strategy was simple: buy low, sell high.

“I would buy stuff on eBay that was misspelled – if there’s a signed football and someone spells football with one ‘L’ instead of two, the price would be really low because people couldn’t find it through search engines,” the junior finance major explained. “You buy it low and flip it. You can make four times your money. That’s not a steady income, but for a fifth-grader I was doing alright.”

Maurice brought his entrepreneurial spirit with him to Auburn, co-founding a pair of ecommerce companies. The first, The Crypto Connection, exchanged nearly $70,000 of Bitcoin in four months in select cities. However, it has been replaced by Yellow Card Financial, which aims to make Bitcoin and other cryptocurrencies instantly accessible to everyone without the verification burdens and delays that become associated with cryptocurrency exchange. 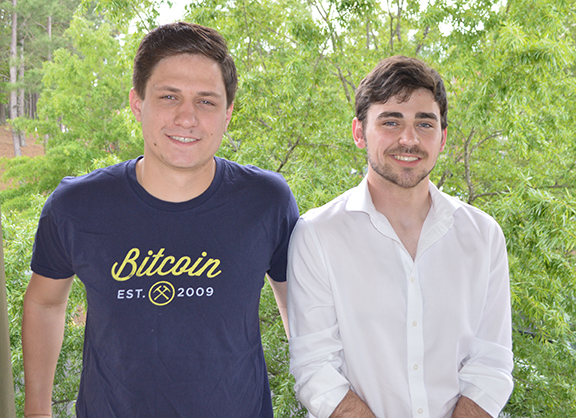 “It’s in the seed stage, so we aren’t launched yet,” Maurice (right) said. “Crypto Connection did well. That’s where the idea came from. Our risk to reward ratio is very great, when you’re talking about hitting the entire country and expanding worldwide. That’s my end-all project. If that doesn’t work, then I’m probably going to concede that I failed and move on from there with a degree.”

Business partner Justin Poiroux (left), a freshman in computer science from Mobile, considers Yellow Card to be the “gateway to the future of money for the average consumer.”

“As it stands, most people have at least heard of Bitcoin, but they have no idea what it really is,” he said. “We aim to fix that. A lot of people have qualms with the current U.S. banking system in some shape or form, which I think has really been amplified with the controversies of digital privacy. Crypto Currencies are exactly what people want. They just don’t know it yet.”

Poiroux said Yellow Card is “everything anyone would want in a currency.”

“Every Bitcoin enthusiast wants to see it succeed and if we make an honest effort at providing a nice and simple user experience that they can get behind, then we’ll have a whole group of people shift to use as their supply of Crypto and will definitely recommend us when talking to their friends about Bitcoin,” he added.

“For the first time in decades, the financial industry is regressing from the established oligarchy to an era of pure competition,” Maurice said. “The entire landscape of the payments and currency exchange are moving away from banks and even pseudo banks.

“We're also in the small window of time where the new technology isn't overly heavily regulated, making it possible for individuals like myself to start something in the industry without allocating all my capital, time, and resources to compliance. That won't be the case for very long. There are a few states giving us issues already, and when those policies are adopted on a national level, we'll have to wait for the next wave of innovation.”

Maurice and Poiroux met as counselors at Camp Smile in Mobile, helping children and adults with disabilities. “He (Chris) saw Bitcoin being sold on eBay for insane markups and that’s where it all began,” said Poiroux, who finds working with a business student to be “extremely beneficial.”

Maurice understands risks – and accepts them. “The biggest thing is you’ve got to put yourself out there,” he said. “You’re going to have failures, but you’ve got to get your name out there.

“There has never been a better time in history to start a business. My generation has become fed up with the traditional ‘Go to school, get a job’ rhetoric, and many of us are looking to make our own way in the world. On top of all the young talent, there is a paradigm shift in technology, especially in the payment and financial industries, where we fall.”