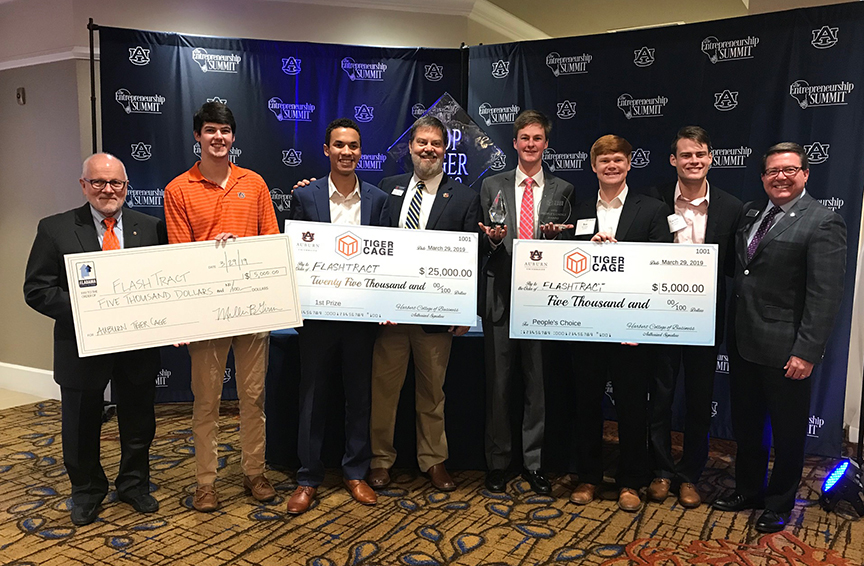 Ben Conry and Blair Chenault were told last spring that their idea to streamline the construction industry payment processes with computer software was not realistic.

And that stung – particularly coming from a pitch competition judge.

“Those comments cut deep,” said Conry, a senior in civil engineering, whose team finished last in the 2018 Auburn University Tiger Cage student business pitch competition semifinals. “Blair and I took the weekend off and reflected on our idea, then we called each other on a Sunday afternoon. We were at a crossroads. We asked, ‘Are we going to keep pursuing this idea or give up?’”

Boyd Stephens, a veteran Montgomery area entrepreneur and one of nine industry professional judges at Friday morning’s Tiger Cage final round, suggested that failure is “part of the business process.”

“Failing fast, iterating, learning, then continuing to build -- it’s not failure succumbing you," he said. "It’s not going through a long period and then failing. It’s failing quickly and then saying, ‘What about this didn’t work?’ If none of it works, then you move on to something else. But if there’s some jewels in that failure, you pick those up.”

Conry and Chenault found jewels in that failure, dusted themselves off and got back to work.

“They know their market. They understand who their target needs to be, and, the channels to that customer segment is strong,” Stephens said. “They also have unique skillsets that allows them to provide solutions to problems. They have an intimate understanding of the problems that their customer segment has.”

Flashtract was presented with more than just the $25,000 grand prize. It also won the $5,000 People’s Choice Award, and another $5,000 from Miller Girvin, CEO of Alabama Capital Network, which deemed Flashtract as the “most promising startup.”

Chenault, Flashtract CEO, noted that part of his team’s success is internal growth. It’s not just Chenault and Conry anymore. Terran Ray, a senior in Supply Chain Management, handles product development. Garrett Raab, a junior in software engineering, is web application director. Alex Chenault, a senior in computer science, is Head of Software Development, while Justin Osborn recently earned his B.S. in software engineering at Auburn and serves as another software developer.

“There’s no way Ben and I could have done this by ourselves and made this much progress,” Chenault said.

“Before, we were doing it in our spare time. We’ve learned the process to be successful. You don’t just have to have a good idea or good product – you have to be able to sell it and communicate it to other people, too, which is what we really had a problem with. Once we were able to nail that down, we were able to consolidate and make a concise pitch, which helps in sales meetings, which helps in these competitions.”

Flashtract will be among 25 teams nationally to showcase its product next month at the prestigious eFest intercollegiate entrepreneurship competition. 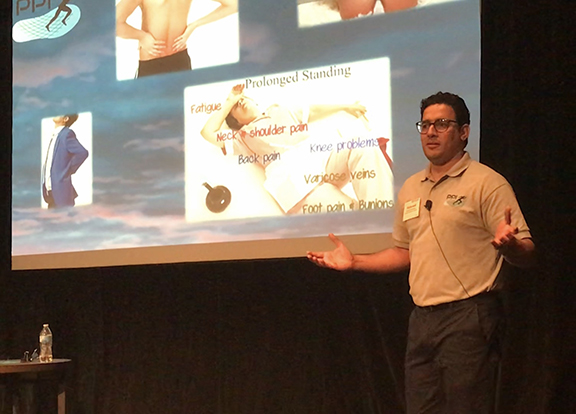 Fourth place and $4,000 went to Alabama Boat Club (Chad Matthews, business; Henry Brown, business; Matt Heffren, business; and Parker Jones, business), which provides customers with watercraft they can use rather than own.

“There’s a lot less difference between winners and even those who don’t make the final round,” he said. “The prospective entrepreneurs on this campus are really buying into the science, and they understand that this stuff is real. You go to some universities and their pitch competitions are more like science projects. Not here. These are viable, revenue-generating businesses launching with customers.”