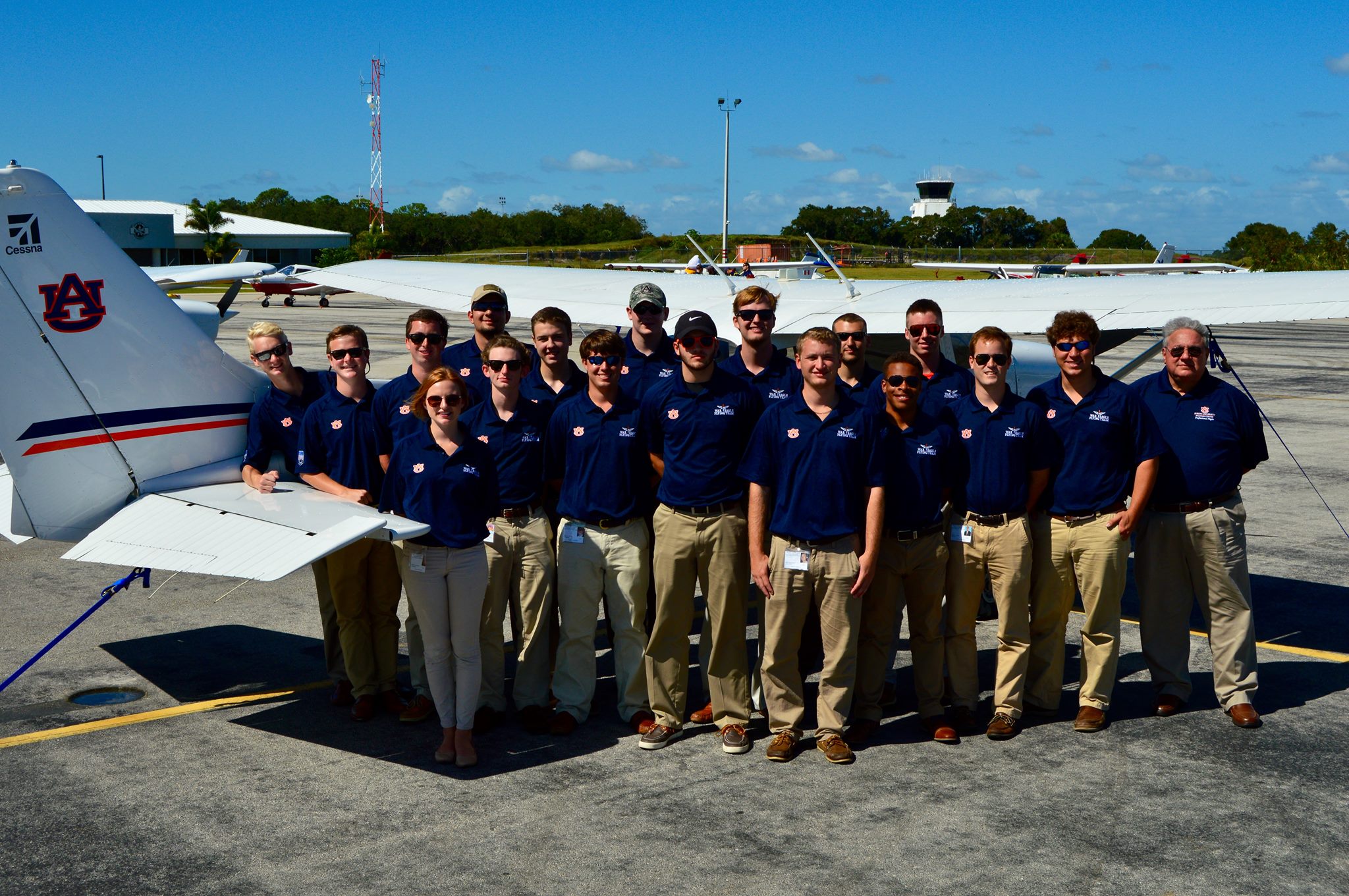 The War Eagle Flying Team is headed back to the national championships. Seventeen members of the team guided Auburn to third place at the National Intercollegiate Flying Association (NIFA) Region IX SAFECON championships Oct. 19-24 in Melbourne, Fla., earning Auburn its first trip to the nationals in two years.

“This is inspiring,” said team captain Parker Smith. “With the nationals being our next step, third place in the regionals gives us a good benchmark. What we learned at the regionals – we can keep building and see better results.”

The NIFA SAFECON national championships will be May 9-14 in Columbus, Ohio.

“Competition at nationals is stiff,” added Smith, who noted the team missed out on advancing to the national championships last fall by one point. “This means we are a top team. We have the training here that pushes us to be better and instructors and an administration that give us all the tools that we need.”

Auburn finished third in the six-school event behind Embry-Riddle Aeronautical University and host Florida Institute of Technology. As a team, Auburn was second in flight events and third in ground events. Teams were operating Cessna 172s.

Dulac, a Dothan native who has wanted to be a pilot since he was 6, said competitions improve pilots’ skills working together as a team and it can open doors professionally.

“We’ve been able to do a lot of networking,” said Dulac, the team’s treasurer. “We have made connections with ExpressJet.”

“Many airline recruiters and industry representatives come to these competitions,” said the Atlanta native who grew up in the shadows of Hartsfield-Jackson International Airport and has desired to become a pilot since he was 8.

The competition was based on a series of events. Auburn students placing in the Top 10 in these events included:

“This is a great group,” Smith added. “I’ve been on the team for three years now and I’ve never seen them want to push so hard. The day we got back from regionals, it was like ‘when does practice begin?’”