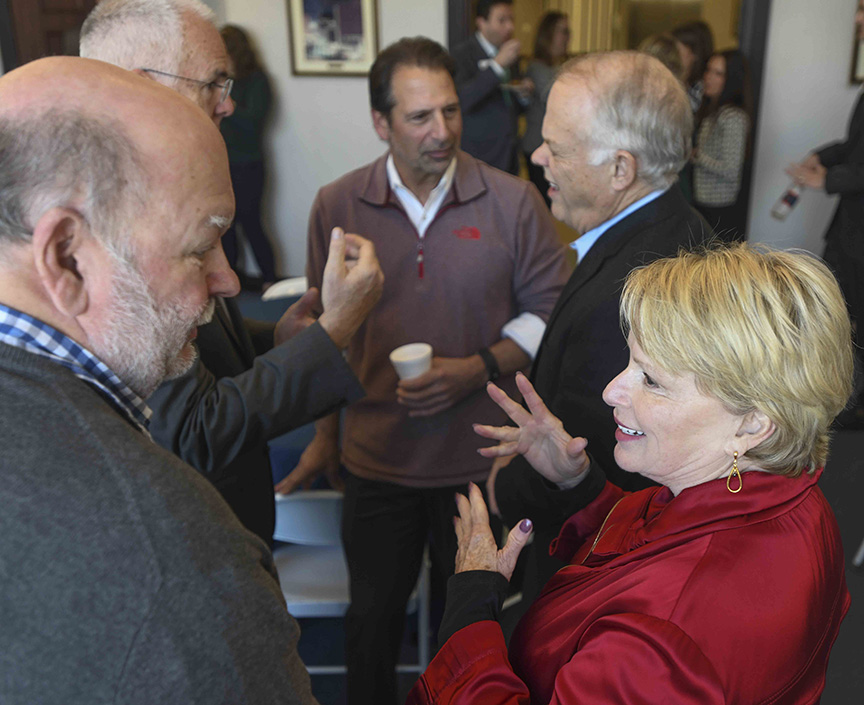 Where did global management consulting firm Accenture get its name? Formerly known as Andersen Consulting, the storied company underwent a rebrand in 2001 and a number of names were proposed.

“Joe came home with five names and I said, ‘This one is so good. This is the one I like,’” said Gayle Forehand, 1970 Harbert College alum and wife of former Accenture CEO Joe Forehand. “It had such a positive name … accentuate the future!”

Though Gayle Forehand shies away from taking credit for choosing Accenture’s name, she regularly provided important feedback – something Joe Forehand valued dearly. Gayle was an accounting graduate at Auburn who worked her way to Chief Accountant at Emory University’s business office by 1972. 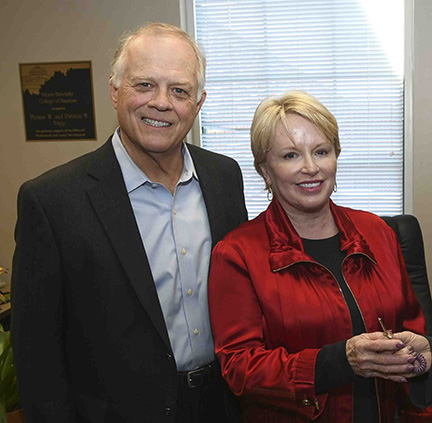 “When I became CEO at Accenture, she was a really good mirror for me in terms of bouncing ideas,” said Joe Forehand (left), a 1971 Auburn engineering graduate. “She also has this uncanny ability to look at people in a different light than I and assess different ways that they might fit.”

Growing up in tiny Mount Olive, Alabama, just north of Birmingham, Gayle Forehand said she “never dreamed” what she would see. “Education opened up a world I never imagined existed,” she said. Gayle, a first-generation college student, initially considered becoming a dietitian as an Auburn freshman. That changed.

“Math always came easy for me,” she said. “I read that accounting was good for women professionals and I liked solving equations.” In fact, Gayle was among the first students in Auburn’s new School of Business, taking classes in nostalgic Thach Hall in 1967.

Armed with an accounting degree, Gayle brought a determined work ethic with her to Emory. “I wanted to prove that I could do it,” she said. “I was the first woman professional hired by the Emory business office. The day didn’t end at 5 o’clock. At one point, we had twin boys. I’d leave work at a certain time because I had to pick them up. But you took work home with you and after the family was in bed, you worked those extra two or three hours.”

Joe Forehand, who was climbing the ranks at Arthur Andersen, now Accenture, always appreciated Gayle’s work ethic. “I was traveling a lot and the only option was for her to do her job and get the kids, too,” he said. “She had to do all the work in a tough environment and then also be the sole parent when I was out of town. She had a lot of grit and determination.”

Through the years, Joe developed an appreciation for Gayle’s business savvy. “She traveled quite frequently with me and we experienced everything from state dinners in various countries to visits with presidents and events where she had to be literate in conversations with foreign dignitaries and business people,” he said. “That helped me in my role as an ambassador in representing Accenture in the face of our constituencies.” 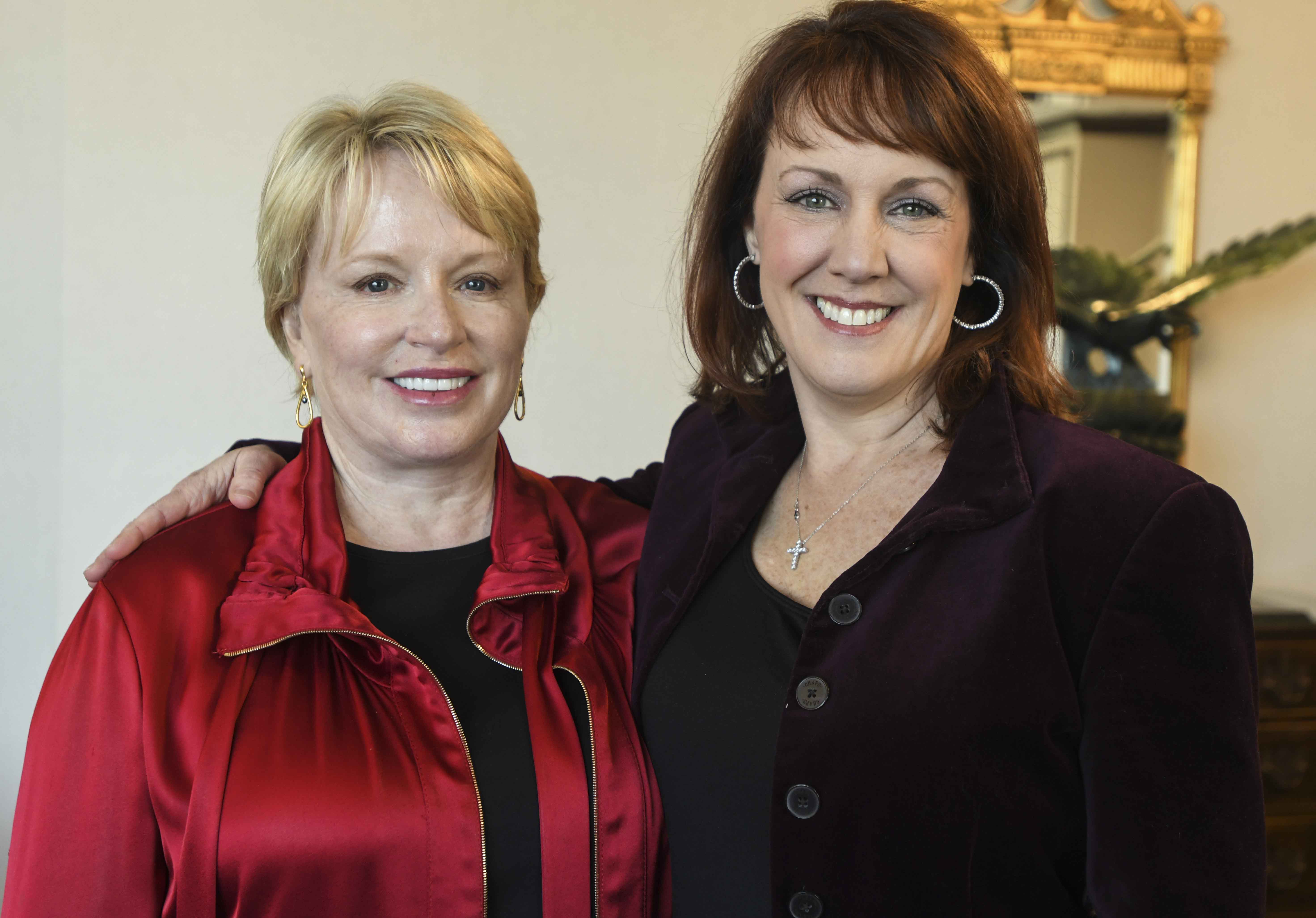 Always believing in giving back, the couple served as co-chairs on the recent, wildly successful “Because This is Auburn” campaign. In 2017, an endowment/professorship allowed the Harbert College of Business to pursue and hire Dr. Beth Davis-Sramek, now the Gayle Parks Forehand Professor in Supply Chain Management.

“This is particularly special because it’s personally rewarding,” Davis-Sramek said. “Not everybody has the opportunity to get to know the donors. To know them and interact with them, that just makes this really special.”

Gayle Forehand is happy to make a benevolent impact. “I wanted young women to go into a classroom and see someone like them,” she said. “Then they can see that they can do it. When I was in the business school, there were only a handful of women in the school. Back then, how inspirational it would have been to have seen a female teaching that class.”

The Forehands, who live in Dallas, Texas, are spending six weeks of the spring semester as Executives in Residence, offering consulting time for students and faculty and providing business/career insight through a number of in-class speaking engagements.

“One thing that has really amazed me is the students’ enthusiasm and how smart they are,” Gayle Forehand said. “They are very inquisitive, well-versed and know what they are doing.”

When asked what advice she offers students or young professionals, Gayle Forehand said, “You have to get out of your comfort zone. Have other experiences – even if it means taking a job in another city in another state. Be prepared. Make sure that you have all the knowledge you need before you go into anything. Nothing takes the place of good preparation.”