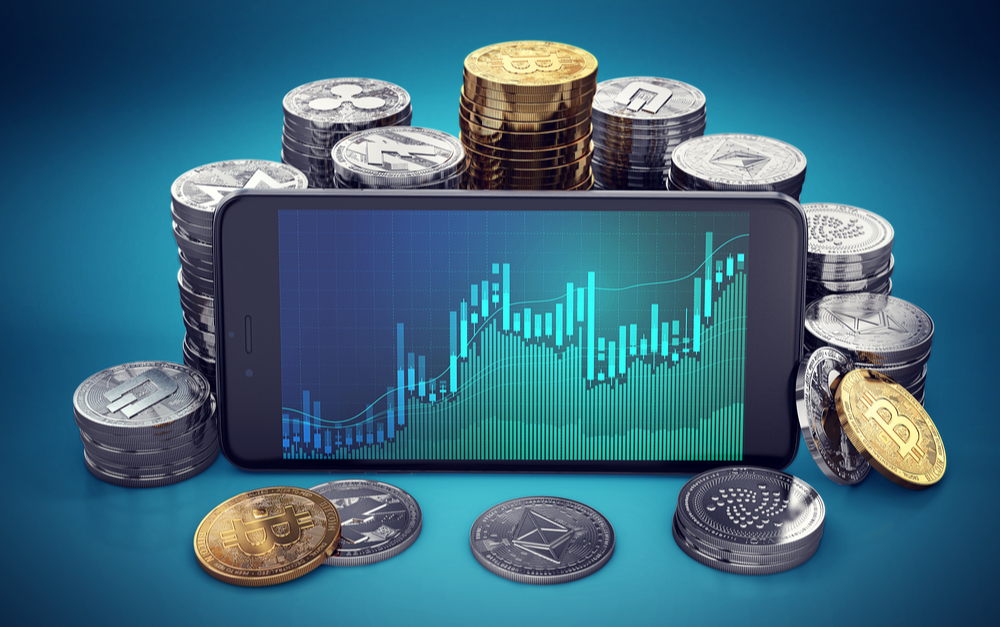 Auburn University business faculty members James Barth and Pei Xu say using digital currency, or cryptocurrency, instead of paper money would reduce the spreading of viruses and they comment on the buying and selling of cryptocurrencies.

How is the COVID-19 crisis affecting cryptocurrency?

There is a saying that money makes the world go round. But does money make the COVID-19 go around the world? The answer is yes, to some extent, it does. Why is that the case? The type of money that most people think about is paper currency and coins frequently used in paying for goods and services in many countries, especially in lower-income countries. Yet, this form of money is, to say the least, unsanitary.

Indeed, it has been reported that researchers have found an infectious virus can survive for several days on currency and coins. In response, according to the Economist (April 25-May 1, 2020, pp. 67-68), “[f]rom America to South Korea, central banks have quarantined and disinfected potentially contaminated banknotes.” Given that billions of this currency and coins circulate daily worldwide, a far easier and less costly way to help reduce spreading a virus would be to switch to digital currencies for making payments. In this regard, according to Gary Cohn (Financial Times, April 30, 2020, p. 15), “U.S. Democratic Senator Sherrod Brown initially sought to include digital banking in the coronavirus response. He wants the U.S. Federal Reserve to create digital dollar accounts and wallets for all citizens.” Already, there are several central banks that have started looking at whether the time has come to issue digital currencies. However, so far China is the only country to put a central-bank digital currency (CBDC) into limited use. Venezuela did issue a cryptocurrency in February 2018, but it turned out to be a failure. The creation of government digital currencies coupled with selected and existing private digital currencies has the potential to provide benefits well beyond those of mitigating the spreading of viruses and bacteria.

What do you expect to happen to the value and use after the crisis?

The value and use of cryptocurrencies is likely to continue after the COVID-19 crisis. Virtual currencies in some cases have now been in existence for a decade so there is no reason to expect them to go away, at least not all of them. Indeed, the growing importance of doing ever more things remotely today, which has been accelerated by COVID-19, probably increases the likelihood that some of the cryptocurrencies will enjoy greater use in the future.

There were 5,416 cryptocurrencies with a market value of $244 billion, as of May 4. So, if you wish to purchase a cryptocurrency, which one of all these should you buy? Should you choose among those with a market value of at least $1 million? That eliminates several thousand from consideration, but you are still left with choosing among 887 cryptocurrencies. What about choosing the one that the market values the highest? In that case, it would be Bitcoin, with a market value of $161 billion, or 66 percent of the entire market. Ethereum is in second place, with a market value of $23 billion, or 10 percent of the market. So, what should you do? Of course, you should do what you think best in terms of a risk and expected return assessment. And you should also take into account how the possible addition of a cryptocurrency affects the overall risk and return of your portfolio. Lastly, it must always be remembered that what appears to be a worthwhile investment may not turn out as one hopes. In this respect, the Wall Street Journal (Aug. 6, 2018) identified 175 “pump and dump” schemes involving 121 different digital coins, which show a sudden rise in price and an equally sudden fall minutes later, generating hundreds of millions in losses. This means you have to consider how much of a loss on any investment can you afford to bear in a worst-case scenario.

Is owning cryptocurrency less secure than traditional money during the crisis?

It is best to start by explaining the basic characteristics of money. There are four: unit of account, means of payment, universally accepted and store of value (i.e., stable in value). Legal tender possesses all four characteristics. Governments choose what will serve as legal tender and declare that it must be accepted in financial transactions. Currently, 189 member countries of the International Monetary Fund issue 136 unique national currencies. Of course, there are other types of money, though not qualifying as legal tender, that are also used in financial transactions such as checks written on bank accounts. As already indicated in answering the previous question, the value of cryptocurrencies can fluctuate over time, which makes them less secure than traditional money. However, governments can issue too much money so that inflation occurs, and thereby reducing the purchasing power on that money. This has happened in the past. For example, due to tremendous inflation, a 1 million Venezuelan bolivar was worth only about five U.S. dollars in 2019. This led to the amount of Bitcoins traded in Venezuela to explode at the time. Of course, the current situation is quite different in the U.S. since the inflation rate is quite low. If this situation were to change, it could potentially lead to greater demand for Bitcoins and/or other cryptocurrencies.

Pei Xu is an assistant professor of business analytics in the Department of Systems and Technology in Auburn’s Harbert College of Business. Her research focuses on understanding the economic and social impact of emerging information technology in areas such as online user-generated content, crowdsourcing, social media for e-commerce and healthcare, and emerging financial technology. Her research has been published in professional journals and presented at conferences.