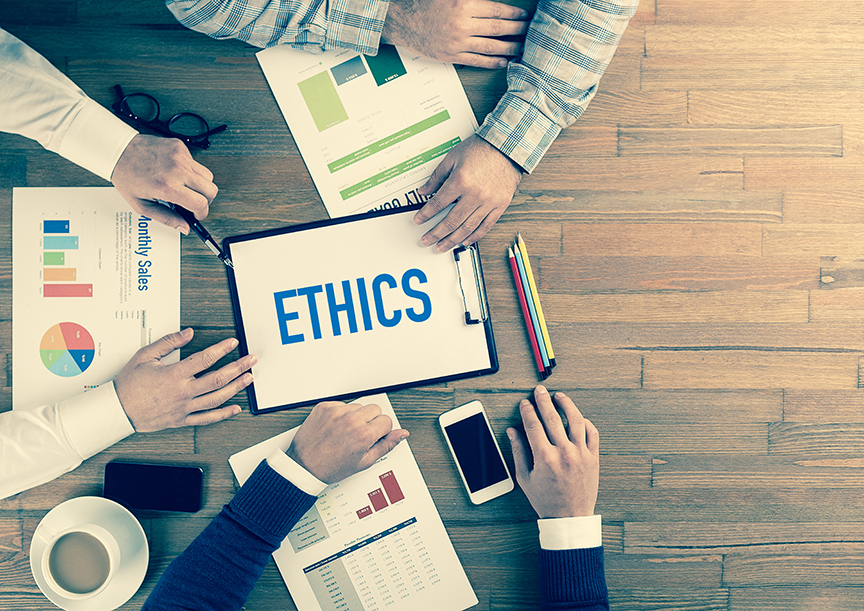 The debate, which provided for a solid learning experience about accounting decision making, ended with the conclusion that both rules and principles-based accounting standards are needed to make good decisions."

The Harbert Student Center for the Public Trust, sponsored by the Center for Ethical Organizational Cultures, conducted a debate related to rules vs. principles in accounting decisions on December 2 with 115 students participating.

To begin the debate, rules and principles were explained in their most basic form by the debating teams. Principles are represented by intrinsic properties that begin internally within a person or a group. They result in a non-exhaustive set of considerations for policy making, leaving open the possibility that other considerations might be relevant. Rules were created by external bodies to provide guidance and direction to individuals. They are externally enforced and prohibit the possibility of adaptation or exception by judgment. 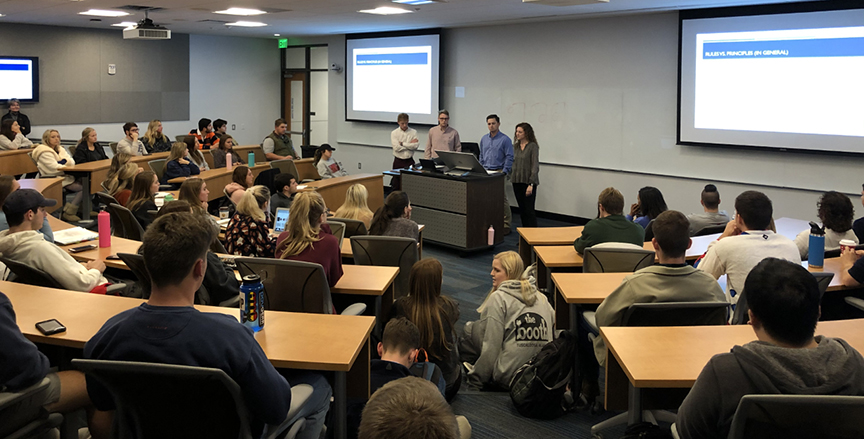 The first team, composed of Master of Accountancy Students Tri Nix and Callie Kyzar, started their side of the debate by introducing rules-based accounting. The United States Generally Accepted Accounting Principles (GAAP) are the best example of rules-based decision making. Rules-based accounting provides an easier comparison of financial statements between two different companies so that investors can make informed decisions. It also decreases the likelihood of a lawsuit, taking accountants out of the line of fire. Rules create a stable and steady path that accountants can look back to and correct if needed, removing the need for professional judgement.  It is an attempt to apply a rule to a decision so decisions are consistent.

Principles-based accounting is used in some capacity by 144 different countries, and 156 countries (including the U.S.) have committed to IFRS as the single set of global standards. Principles-based accounting standards provide greater flexibility than rules-based standards because principles are intrinsic in nature and can be applied in many different situations, like how to handle recognizing cryptocurrency.

“The debate, which provided for a solid learning experience about accounting decision making, ended with the conclusion that both rules and principles-based accounting standards are needed to make good decisions,” said O.C. Ferrell, James T. Pursell Eminent Scholar in Ethics at the Harbert College of Business and Director of the Center for Ethical Organizational Cultures. “The ideal system would consist of using principles as an overarching guideline with rules that point accountants in the right direction in situations that can apply specific rules.”