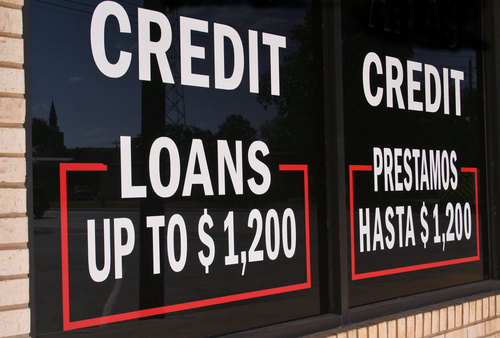 Payday lenders are often knocked for outrageous interest charges – up to 456 percent in Alabama -- but do they provide a valuable service? That’s the new question three finance professors at the Harbert College of Business ask in their study, “How Do Differences in State Regulations Affect the Payday Lending Industry?”

“Maybe someone has to pay a doctor bill, or has a mechanical problem with a car, and therefore needs a short-term loan to cover the bill or get the car repaired – otherwise a person could be too sick or unable to get to work and then potentially get fired,” Barth said. “If people do not get such loans, does it change their behavior in a way that is not beneficial to society? If they need the funds to deal with emergencies, what might they revert to if they can’t get loans? Perhaps one sees a car and breaks into it, or breaks into a home, and steals a laptop and sells it to get the funds needed.”

Jahera pointed out that HB 531, proposed by Rep. Danny Garrett, R-Trussville, caps payday loans in Alabama at 36 percent, but also noted “there is a mood to prohibit” payday lending altogether. “If we totally ban payday lending in Alabama, there is some suggestion that we could see larceny-type crimes increase,” he said.

The research is a continued study into the payday lending industry. Last October, Barth, Jahera and Hilliard studied the relationship between the location of payday lenders and lower-interest banks in their paper, “Banks and Payday Lenders: Friends or Foes?” and suggested that the regulatory environment be changed so that some customers might be afforded the opportunity to borrow from banks. Barth presented this paper at the International Atlantic Economic Conference in Savannah, Ga.

In April, Jahera presented “Do State Regulations Affect Payday Lender Concentration?” at the Conference on Regulating Consumer Credit, jointly organized by the Federal Reserve Bank of Philadelphia. That study examined a state-by-state overview of payday lending stores and restrictions on their operations.

On May 22, Barth presented the team’s updated work, “How Do Differences in State Regulations Affect the Payday Lending Industry?” at the Hong Kong Institute for Monetary Research International Conference on Finance, Institutions and Economic Growth.

Alabama has the nation’s third-most payday lending stores per 10,000 people with an interest rate of more than 456 percent (ninth-highest nationally) for a 14-day, $100 loan. Eleven states, including the District of Columbia, prohibit the practice.