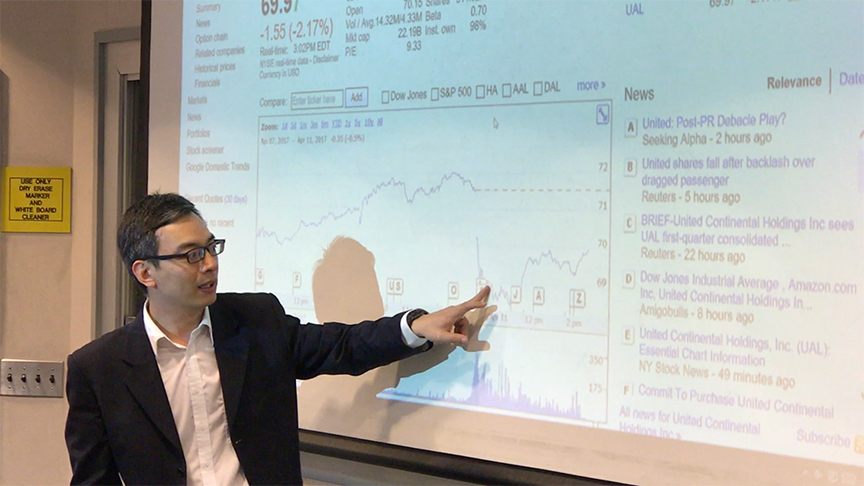 The whole point of switching from stocks to bonds is to escape to safe assets out of the anxiety and fear that you experienced after terrorist attacks."

From a fire in a Las Vegas casino killing 58 people to more recent domestic terrorism involving a mass shooting at Walmart in El Paso with 22 casualties, American people have seen enough of what terrorists have done to their lives. Will these terrorist attacks have any impact on investors?

Albert Wang, Associate Professor in Finance at the Harbert College of Business, discovered a $75.1 million drop in aggregate flows to equity (stock) funds – and a $56.8 million increase in safer government bonds – within one month of increased terrorist attacks in the United States between 1984 and 2010.

According to Wang’s co-authored paper, “Terrorist Attacks and Investor Risk Preference: Evidence from Mutual Fund Flows,” terror drives fear -- and fear drives safer investment decisions. The paper was accepted for publication into the Journal of Financial Economics, which is among the leading peer-reviewed finance journals. 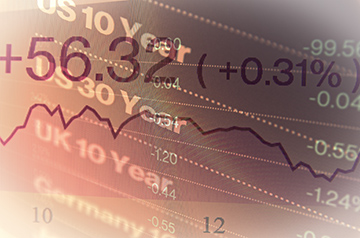 Wang and co-researcher Michael Young of the University of Virginia studied almost 6,000 stock funds and more than 4,000 bond funds data from the Investment Company Institute and Center for Research in Security Prices to uncover the anomaly directly following 409 attacks on U.S. soil. Researchers used the U.S. Department of Defense’s definition of a terror attack – if the perpetrator or perpetrators had a political agenda – for the study.

“We used the number of attacks each month as our measure of terrorism because a single, large attack might be seen by investors as random and have only an isolated effect,” added Wang, who noted that most attacks had little to no impact on the stock market, except 9/11.

“We all have our levels of risk aversion,” Wang said. “There are psychological studies that show how these negative emotions – fear and anxiety – affect people’s general views of risk. Before the shock of a terror attack, one investor might think, ‘oh, I can afford to lose 10 percent one day.’ After an attack, fear and anxiety makes safety more valuable to you, and you say, ’10 percent? I can’t live with that! The world is too dangerous now! I’ll switch to bonds, which are more appealing with less downside risk.’

“The whole point of switching from stocks to bonds is to escape to safe assets out of the anxiety and fear that you experienced after terrorist attacks.”

Though the transitions out of fear did nothing financially for investors, they were simply playing not to lose, according to Wang. “They aren’t thinking about the upside anymore,” he said. “They are thinking too much about the downside.”

“Is this rational for investors to reduce their investments in stocks and move to government bonds? Is it because the stocks are going to perform worse? No. Is it because the government bonds are going to perform better? No. They do this out of the response to shock. Economically, there is no justification for doing this. But this study speaks to the remarkable influence of psychology on the behaviors of the investors, an area that is broadly defined as behavioral finance.

“We also found that after moving from stocks to bonds, within three to four weeks – they go back to stocks. This is a short phenomenon of behavior. They thought they were protecting their investments.”