Mark Whitacre was a fast-riser at international food processing giant Archer Daniels Midlands (ADM). At 32, he became the company’s youngest division president and was promoted to corporate vice president in 1992.

Three years later, instead of playing an active part of boardroom decisions, the Fortune 500 executive became the center of a multi-million dollar price-fixing fraud. 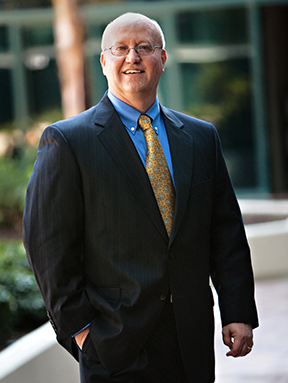 Whitacre informed the FBI that he and other executives at ADM conducted a price-fixing scheme involving lysine, an amino acid found in some foods. As a result of federal charges, ADM paid hundreds of millions of dollars to plaintiffs and customers. Whitacre later confessed to agents that he embezzled nearly $9 million via corporate kickbacks and money laundering and ultimately served more than eight years in prison.

On Monday, February 26, Whitacre will share his story in an open forum as part of the Auburn University School of Accountancy Speakers’ Series. Whitacre, who wore a wire as an FBI informant during its investigation, will address the public at 6 p.m. in Lowder 125-A.

“It’s important for students to understand about whistleblowing,” said Sarah Stanwick, Associate Professor in the School of Accountancy who also serves as the Harbert College’s Diversity Officer. “There seems to be this idea that you can keep quiet and not speak out about the wrongdoing in a company. But I don’t think that students understand that if they don’t speak out they could get caught up in the problem. The consequences are much worse.

“I hope that the students will learn that being a whistleblower is admirable and it’s the right thing to do if you know that there is wrongdoing in a company. I tell my students from day one that they will face ethical issues. They have to be ready think out how they are going to deal with the situation. Are they going to step back and get out, or are they going to continue forward and be part of the problem?”

The Speakers’ Series has featured several corporate whistleblowers, including a visit in 2013 from Frank Casey, who helped bring Bernie Madoff to justice, and Eric Ben-Artzi in 2014, who blew the whistle on what he believed were securities violations at Deutsche Bank.