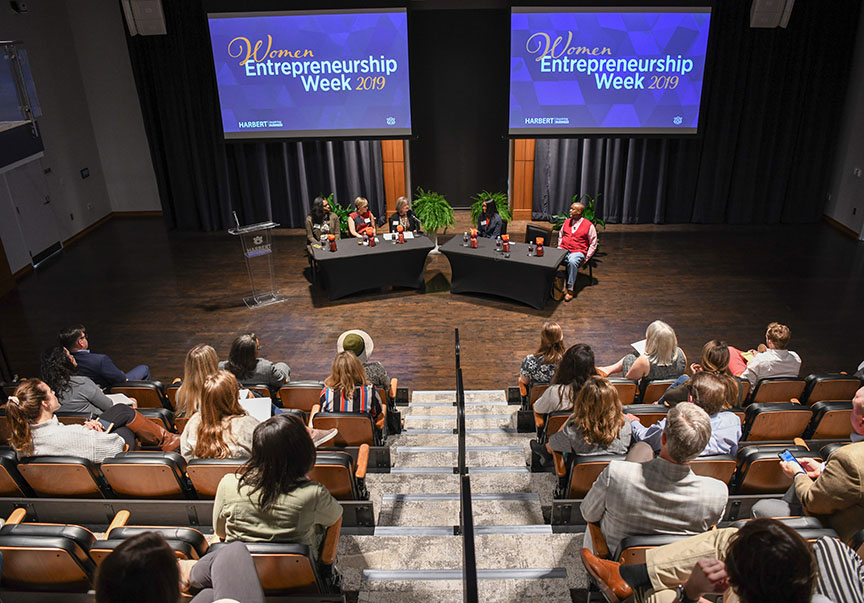 When you know that you’ve been called to do something there’s really nothing that’s going to stop you."

“Be creative and differentiate yourself.” “Foster relationships.” “Make it happen … don’t wait for permission.” And most importantly, “Don’t be afraid.”

These were select snippets of advice offered Tuesday, October 22, by a panel of entrepreneurs in an hour-long session inside Horton-Hardgrave Hall’s Broadway Event Space and Theater. The forum, part of Women Entrepreneurship Week, was sponsored by the Harbert College of Business and moderated by Cindy Taylor, (’81, industrial management), partner at CyberRisk Solutions in Atlanta. 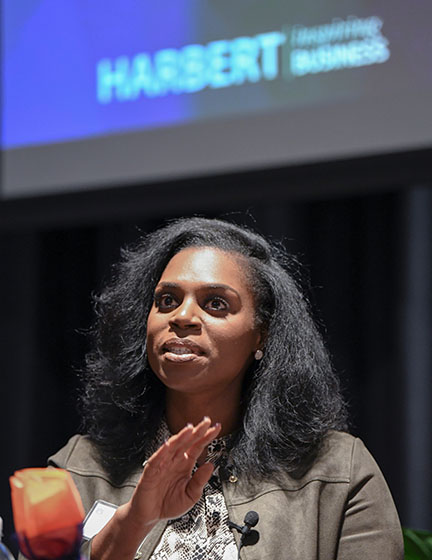 Did you know that 40 percent of all U.S. businesses are owned by women and generate $1.8 trillion annually? Did you know that women entrepreneurship in the U.S. has grown by 114 percent in the past 20 years? What’s behind this revolution?

“It comes from a woman’s ability to be gutsy and not be afraid,” said Cook, who earned an undergraduate degree from Auburn in polymer and fiber engineering. “There are statistics out there that state women apply for jobs when they are 80 percent qualified, and men apply for jobs when they are 20 percent qualified. I feel that the increase we are seeing in female entrepreneurs is because we’re saying, ‘OK, I can do that, too. I can lead a company. I can start a company.’” 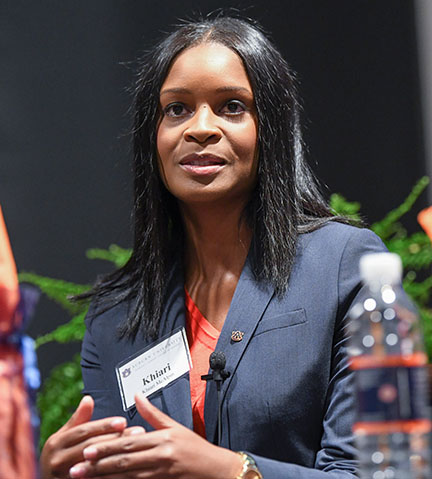 McAlpin, who taught school in Charlotte, North Carolina, before realizing her dream of opening a daycare, came from a family of entrepreneurs. “If they could do it, then I can do it, too,” said McAlpin, the 2019 Auburn University Young Entrepreneur of the Year. “That’s what inspired me, and what inspires a lot of women today is that we are having people in our corners and we are able to say, ‘We can do the same thing that men can do.’”

Wilson, the 2018 Auburn University Co-Entrepreneur of the Year, said trailblazing women set an example for others to follow.

“There are women that have gone on before us and have shown us the way,” she said. “Even if these are women that we don’t know, look at what they did and see what’s possible. My tribute to Kate Spade was I looked to her and saw what was possible. Here was a woman that was excited about fashion and decided to do it differently. She started out with one idea and expanded it into an empire.”

But an empire doesn’t happen overnight. Cash is needed to expand a business. Where does it come from? Not the bank, Stephens said. 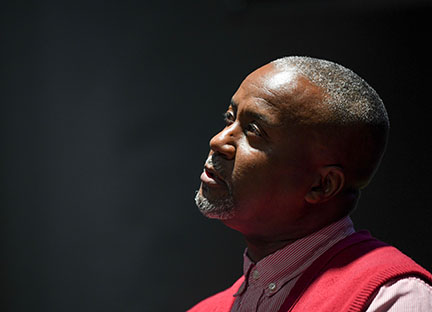 “You want to borrow money from a bank? Forget it,” he said. “Why? If you’re asking for a bank to invest in a company that has no customers, that would be idiotic. What really do you need? Entrepreneurs need to gravitate toward focusing on customers. That’s the differentiator between success and failure.

"Even in pitch competitions – one way to shut a judge up is to say ‘I have 100 customers already.’ At the end of the day, when you have customers interesting things happen when it comes to venture money. They have a tendency to want to invest in businesses that have customers. Focus on your customer discovery and development process.”

It’s going to be tough, and failure is often part of the process. 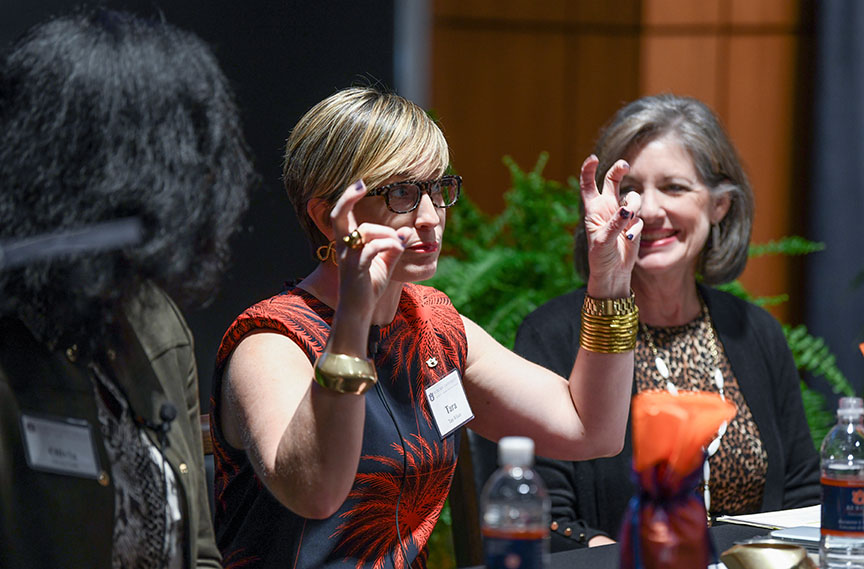 “If you don’t fall down and skin your knees or if you never have a hard time, then you aren’t trying hard enough,” said Wilson, who spent nine years as a financial advisor at Merrill Lynch before following her entrepreneurial instincts in 2007. “Failure is a part of life, it’s how you get yourself back up and move forward. It makes you tougher, stronger, and more persevering.”

McAlpin added: “Being told ‘no’, if anything just motivated me. When you know that you’ve been called to do something there’s really nothing that’s going to stop you.”

... Developing an entrepreneurial mindset is critically important to help us solve many of today’s global challenges."

“I personally believe developing an entrepreneurial mindset is critically important to help us solve many of today’s global challenges,” said Harbert College of Business Dean and Wells Fargo Professor Annette L. Ranft. “It will take creative solutions and new ways of thinking to do so. It will take tenacity and analysis, and it will take persistence and hard work with some stumbles along the way. That’s what I think of when I think of entrepreneurship - creativity, passion, tenacity, analysis, persistence, and better solutions.” 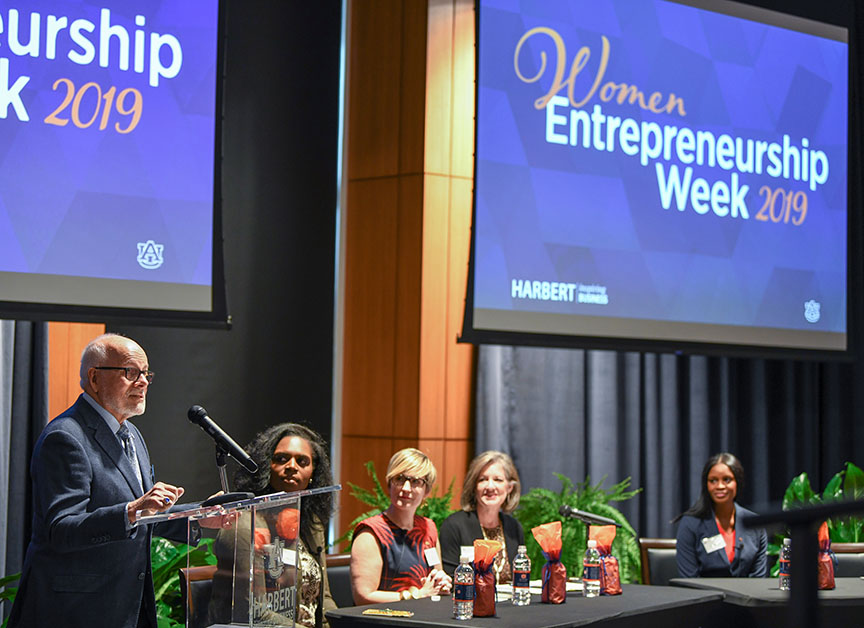