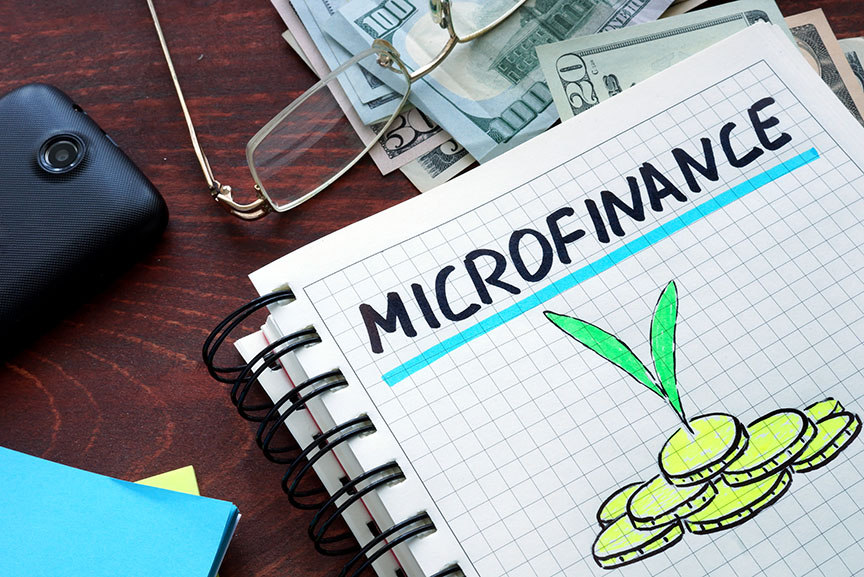 Like businesses everywhere, small businesses in impoverished nations depend on loans (in this case very small loans) – microfinancing – to get off the ground. Whether these families are operating a vegetable stand, selling goat milk, or other merchandise, a little financial jolt from the bank helps kick-start the operation.

Microfinance has been credited as being so successful in lifting individuals and communities out of poverty that some pioneers have been internationally felicitated with awards like Charity Navigator Awards, Magasasay Foundation Awards, and Nobel Prizes.

But what happens when these loans are not repaid? Bad things.

“If lenders cannot successfully maintain a profit through these loans, then they aren’t going to do this much longer,” said Shashank Rao, the Jim W. Thompson Associate Professor in Supply Chain Management at the Harbert College of Business. “For the recipient, if this is their only source of funding, then that source is going to dry out. Guess then what will happen to entrepreneurship at the bottom of the pyramid?”

This is a very recent and emerging problem. Historically, for example, owing to things like group liability, non-repayment in microfinance was seen as a very minor issue with rates less than 1 percent, but of late it seems to be turning into a bigger challenge as the non-repayment rate has now skyrocketed to 12 percent for some microfinance companies in some countries.

In his co-authored article, “On Operations and Marketing in Microfinance-Backed Enterprises: Structural Embeddedness and Enterprise Viability,” Rao explores why some businesses in impoverished nations are able to repay their microfinance borrowings and others are not. His premise is that voluntary non repayment is still very low in microfinance, and non-payment is therefore, an issue of inability rather than unwillingness to repay. This drives one to the question of why some microfinance-backed ventures fail, thereby failing to repay, and how they can avoid the failure trap.

His paper was accepted for publication into the International Journal of Physical Distribution & Logistics Management, an elite journal.

“There is a lot of work out there that says in very small entrepreneurial firms, there are two key investment priorities: one is operations and the other is marketing,” Rao said. “We demonstrated that borrowers who are more embedded in their communities with larger social networks typically tend to invest the proceeds of microfinance loans into marketing – better signage, printing posters and fliers, etc. People who are less embedded in the community invest the proceeds of microfinance into operations – more inventory, better scales, etc. In an ideal world, both are good if you have enough money.”

That isn’t the case in such micro enterprises in impoverished nations. In such cases, “Which of these drives business profitability, marketing or operations?” Rao asked.

The answer is … operations. “Marketing is valuable when there are multiple sellers competing for your business,” Rao said. “But these are underserved communities. They are starving for products. Most established businesses do not yet find it financially viable to distribute goods to them, which means that there is a major shortage of products, sellers, and distribution channels to cater to this segment of the population. When that happens, there is limited value that Marketing can add - as it stands, marketing, advertising, etc., are concepts that emerge after there is some sort of competition in the market. At the bottom of the pyramid, marketing does not seem to have an influential impact on a return of investment because of this likely shortage of competition. Operations, on the other hand, does.”

The added twist in this paper is the role of the social network. "In most typical cases, who is the borrower going to turn to for business advice? Their social network," Rao said. "The conventional wisdom the world over has been that increased networking is better, but what we show is that in such markets there is a big penalty to networking - networking creates a go with the flow mindset where highly networked entrepreneurs tend to invest in marketing, probably to impress their network, while the less networked ones tend to do their own thing (i.e., Operations), which as we have seen, tends to work out better in terms of return on investment." In other words, increased networking at the bottom of the pyramid may be a deleterious thing.

“What we learn from this is that the microfinance vendor, in order to be successful moving forward, can’t just be a lender,” Rao added. “If you want to break to poor repayment spiral, the lender has to also become a business consultant and advisor and try to advise the entrepreneur on the best us of the financing.

“Offering these findings is a small something that can help people and businesses make better decisions towards a sustainable future. Making a difference is awesome, right? That’s the whole point. You’re doing something that has the potential of impacting and meaningfully changing the quality of people’s lives.”

Rao’s work was supported by Bandhan Bank, a microfinance enterprise in India.